Complete Guide to Bee Pollen and it's Health Benefits

From nature with love - the incredible health products from the beehive 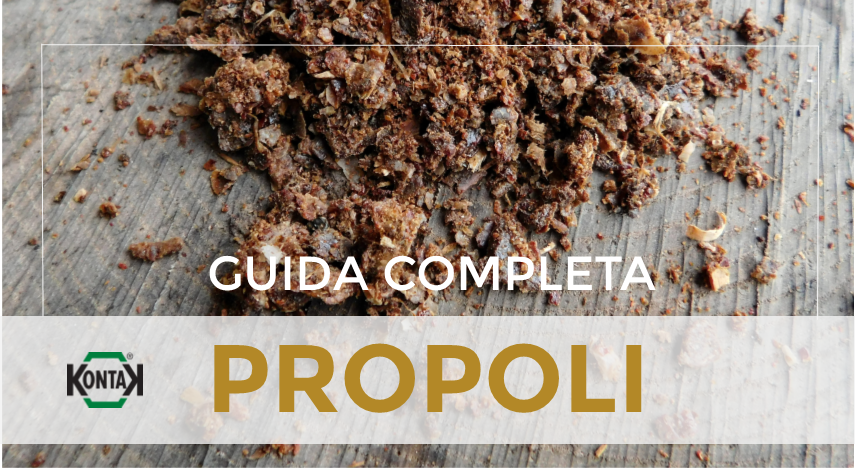 The Complete Guide to Propolis and its Health Benefits

Along with honey, honeycomb, pollen, royal jelly, and wax; propolis is one of the 6 incredible beehive products.
This extraordinary reddish-brown substance is usually produced by the bees in the late summer months, in preparation for Winter. Propolis is used to seal the outside and inside of the hive. This protects against the cold and prevents bacteria and infections from reaching the hive - keeping the bees and their larvae safe and healthy deep inside. So in addition to physical constructive use, propolis also serves as a disinfectant and antivirus.
The bees cover all important passageways and access points to the hive in propolis. As worker bees enter the hive from the outside world, they squeeze through the tight propolis-lined tunnels, getting disinfected in the process. This ensures that the hive remains an aseptic, germ-free environment.
This continual coating of the hive with propolis ensures that the beehive is one of the most naturally occurring aseptic environments in the world.
Propolis is also used as a protective substance for the eggs and larvae, inside the honeycomb cells and to disinfect dead animals that have managed to penetrate the hive.


Where does propolis come from?

The main raw material making up propolis is tree resin. So to fully grasp the unique properties and benefits of propolis, lets first take a quick look at tree resins.
Have you ever cut a branch off a pine tree and noticed a sticky golden goo oozing out of the trunk? This is resin. Comparable with how we produce blood and a blood clot when we cut ourselves, trees produce resins as part of their immune system to prevent infection and protect against infections and parasites.
When a tree gets damaged, its resin oozes out from the wound, sealing it, and avoiding infection of fungal attack. Similarly, when parasites attack the tree, the plant counterattacks by producing resin, that kills the insects and their larvae.
Tree resin is also secreted on important and sensitive surfaces such as buds and sprouts to protect from UV radiation and damage from free radicals. Most likely, the resin is simply acting to directly contrasting the free radicals thanks to its high concentration of polyphenols.
Once collected, the tree resin is modified by the bees using digestive secretions in their saliva. Bee wax and pollen are then added, to give propolis. The digestive secretions are essential in that the alter the chemical structure of the resin to unleash the benefits and healing properties for animals.


How is propolis extracted from the beehive?

There are two main ways to collect propolis from the bee hive:
1. Scraping. Beekeepers have a specially adapted tool to scrape hives. This method only allows the collection of propolis on a small scale, and often of low quality, that needs to be cleaned to remove debris and other impurities that accumulate during the scraping process.
2. The alternative is to use grids or meshes previously placed inside the hive: bees simply cannot resist the empty spaces on the grid and fill them with propolis. Collection via mesh usually takes place over summer and leads to both a higher yield and purer grade of propolis compared to scraping.


What is propolis made of?

The contents of propolis vary depending on geographical location, type of bee, types of trees and flowers around the hive, and time of year. The main ingredients of propolis are tree and plant resins (45-55%), wax and fatty acids (25-35%), essential oils and other volatile substances (10%), pollen (5%), essential minerals, and other organic components (5%).
The main minerals found in propolis are Magnesium, Calcium, Iodine, Potassium, Sodium, Copper, Zinc and Iron.
Vitamins found in propolis include: Vitamins B1, B2, B6, C, E, P (flavonoids or bioflavonoids)
Propolis has a high concentration of polyphenols, coumarins, amino acids, and steroids. The biological activities are mainly owed to the flavonoids (rutin, quercetin and galangina) and phenolic acid.


What are the benefits of propolis?

Propolis is one of the most powerful medicinal substances found in nature. It has powerful anti-inflammatory, anti-viral and fungicidal properties. It is one of the best natural anti-bacterial substances, effective against many known bacteria.

The benefits of propolis:


How do you take/consume propolis?

Propolis can be administered in a number of ways depending on the purpose:


Why breathe the volatile fraction of propolis?


What research has been conducted on the benefits of the volatile fraction of propolis?

Two studies performed in schools in Turin and Milan have confirmed the benefits of the propolis diffuser.
The first test, overseen by ASL 5 in Collegno (Turin Province), observed in only 3 days, a 71,8% reduction in the microbes present in the air when the diffuser ways turned on continually.
The second test, at the "Associazione Casa Materna Asili Nido (Milan)" (a nursery and preschool), found an elevated index of tolerability. For the entire testing period, the propolis diffuser was left on. The number of child absentees from school notably reduced and there were no allergic reactions or cases of intolerance to the presence of propolis in the air.
Furthermore, the chemical laboratory C.C.I.A.A. in Turin, Italy, conducted a study to verify the concentration of air pollutants and found a significant reduction in IPA and a discrete reduction in fumes and other pollutants common in urban areas recognized as cancerogenous by the O.M.S.

Are there any side effects or interactions from using propolis?

The oral consumption of propolis does not usually have any side effects. However, there have been rare cases of propolis intolerance such as skin rashes, especially in those with known pollen allergy or hay fever. If you have any doubts, always check first with your doctor before using propolis.

Yes - largely due to the high concentration of flavonoids, propolis is a natural antimicrobial substance, that also helps with scaring, is an anti-inflammatory, and considered a superb natural antibiotic.

What is the use of flavonoids in propolis?

Among the most fascinating components of propolis are polyphenols or flavonoids - natural pigments that seem to have a protective action and stimulate the body's metabolism.
Flavonoids are also responsible for the antimicrobial action in propolis. Some studies have reported that up to one-third of the volatile fraction of propolis is in fact made up of flavonoids such as Falanghina and Pinocembrin.

Can I eat propolis?

When is the best time to take propolis?

Wherever you are in the world, we suggest you begin taking propolis just as the first cold of winter sets in (this is also when the bees start to line their hive with propolis in preparation for Winter). Preferably use organic propolis.
For alcohol propolis extract, the suggested dosage is 30-50 drops, 2-3 times a day.

Bees produce propolis in the hive. We (or more accurately, beekeepers) have the relatively simple job of collecting the propolis in a limited quantity so as not to kill off or permanently damage the beehive ecosystem.

Where does the word propolis come from?

The word "Propolis" comes from the Greek: "pro" meaning in front of, and "polis", meaning city. Literally, propolis means the "defense of a city", in this case, the city is a beehive.

In observing nature, prehistoric man noticed the beneficial properties of plant and tree resins. Indigenous populations used resins as medicine.
The Romans used resin to preserve wine (preventing it from turning to vinegar), and the Christian civilizations prized tree resins, as is evidenced by the gifts of the Three Wise Men to baby Jesus (Frankincense and myrrh). Frankincense is a milky white resin extracted from species of the genus Boswellia which grows in East Africa and the Arabian peninsula. Myrrh is a red-brown tree resin that comes from species of the genus Commiphora, native to North-East Africa
Modern researchers have also tested tree resins and shown that like propolis, they can be used to fight bacteria.
Related products 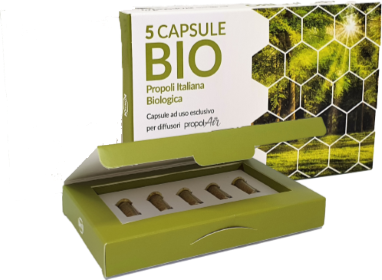 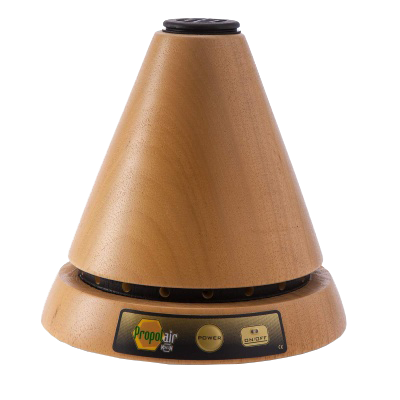